Every year, we are told that we are going to have a white Christmas and experience the coldest winter in decades. We’re warned to wrap ourselves up and avoid the roads, if we can. Do we trust the information we’re fed? Sometimes. We like to believe that the festive seasons are going to be cold enough to wear our new coats and go sledging at the local park. It’s a nice thought that on Christmas Eve, just as we lay out the glass of Brandy for Santa and the carrots for his reindeer, that the snow would start to fall, and we’d wake up to a fluffy white blanket on our doorstep the next morning. It hasn’t happened since 2010, in England, but we can always hope, right? Hoping is one thing, however preparing is another. Whether we are going to be blessed with idyllic winter weather on the big day, or not, here in the UK, we can get hit with some pretty dangerous downpours. This can be snow and ice, windy storms or excessive rain – either way, it’s you can never be too equipped.

Of course, we should consider ourselves lucky in terms of the climate. Maybe we would like it to be snowier during December, and we’d probably prefer our summer to last more than two weeks, but on the grand scale of things – we’re really fortunate. Back in 2014, the United States experienced a weather situation we call the ‘North American Cold Wave’ which affected a number of states in America and parts of Canada. Due to unprecedented and record breaking low temperatures, mass flight cancellations, school and businesses closing and the blocking off of roads was just the start of it. Overall, 200 million people were affected by the hazardous weather as it spread from the Rocky Mountains to the Atlantic Ocean.

Way back when, here in the UK, we had some record breaking cold weather and snowfall, too, which is yet to be beaten today. In 1947, from January 22nd to March 17th, snow fell every single day and at one point, the snow level reached 1.5m. Also, 1963 was recorded as the coldest winter in 100 years, at the time. Small villages were cut off due to the low temperatures, farmers were unable to reach livestock and some people even starved to death. 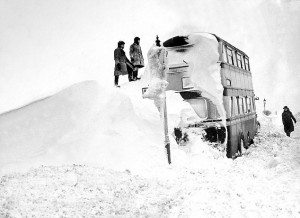 When approaching the winter months, it’s always important to keep an eye on weather warnings and reports. As stated earlier, we get told every year we’re going to have record breaking low temperatures and the heaviest amount of snow fall in a century, and whether we can rely on these, or not, is a completely different story. However, there is no harm in taking precautions during winter because, as cliché as it sounds, it really is better to be safe than sorry.

There are the obvious precautions to take out during the winter months, such as putting new batteries in the torch, getting out the shovel for the snow, and making sure you have a thick coat and scarf. However, if severe weather did happen to hit and your power was to suffer, it doesn’t have to be the end of the world. Bad weather regularly causes power cuts to homes and businesses, and as well as it being a huge inconvenience, it can also sometimes take a while for it to come back on. This is where generators come in. These are a fast and easy way to get your power up and running while the lines are being fixed so you aren’t put out for too long. They can be used in houses and can highly benefit businesses from suffering.

Obviously, you can’t predict a power cut but when if one strikes, especially at this time of the year, it can be very stressful. Here at Top Generator Hire, we can get generators out to you quickly to assure you aren’t inconvenienced for too long. We carry a wide range of generators, so it doesn’t matter whether you need a 2.8kva generator to kick start the electricity in your house for a few hours, or you need a 20kva or 30kva for a large scaled area business for a day or so, because we’ll be able to get you one. 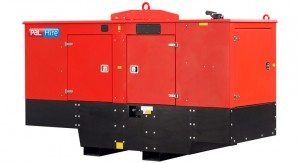 If we get the bad weather we are always warned about, or not, there’s no need to worry about power shortages this winter. We can provide you with the appropriate equipment, fast and friendly service, and the best price on the market. After all, you’ll need those Christmas lights to light up or Santa won’t know where to visit.

Give our expert team a call on 0844 504 9867 today and they can provide you with all the information you need on what size generator you may need and find you the best prices for them.